To Meat or Not To Meat?

You are here:
FoodVegan 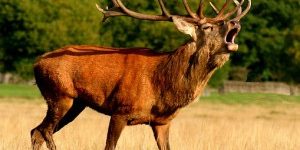 This post was originally published on http://shambhalatimes.org/2016/04/30/to-meat-or-not-to-meat/#comment-88987. It is re-posted here with permission of the author.
Author credit: Marcella Friel http://www.tappingwithmarcella.com/#!about-marcella-new/c9h8

The topic of meat eating (or not) is not a novel phenomenon of the vegan-paleo debate. It’s one that human beings have struggled with for the past two million years. 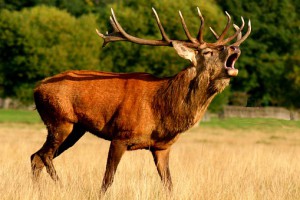 According to food historian and scientist Harold McGee, we humans began eating meat because of climate change, when much of the vegetation on the planet disappeared and meat eating became a survival necessity. As is true for us today, it wasn’t so easy for our ancestors to look a beast in the eye and take its life for the purposes of food. Early societies responded to this dilemma by developing sacred rituals to atone for the act of harvesting life. It was ~ and is ~ something that those cultures took very seriously.

As Joseph Campbell writes in the Power of Myth:

Man lives by killing, and there is a sense of guilt connected with that. . . . The basic hunting myth is a covenant between the animal world and the human world. The animal gives its life willingly, with the understanding that its life transcends its physical entity and will be returned to the soil or to the mother through some ritual of restoration.

Lots of work was put into the hunt, so the garnering of the meat was occasion for both ceremony and celebration. 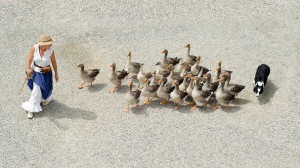 Later, in traditional agricultural societies, farm animals were valued for their labor contribution. Hens laid eggs; cows mowed the fields; hogs processed food scraps. When an animal had lived out its useful life, then and only then was it harvested for food (with the occasional exception of the celebratory harvest of the fatted calf). Just as in hunting societies, the farm family was typically very conscious to utilize the entire animal and leave nothing to waste. 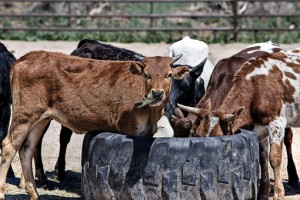 As society evolved from agricultural to industrial, meat animals likewise migrated from farm to feedlot; eating meat evolved from a sacred luxury to an everyday commodity. Urban bourgeois palates favored the muscles of the animal (i.e, steaks and such), while other vital parts went to waste. Commodity meat production valued output and profit margins over the welfare of the animal; this shift in values gave birth to the horrific, setting-sun concentration camps we have today known as Confined Animal Feeding Operations—what Michael Pollan refers to as “cow-schwitz.” 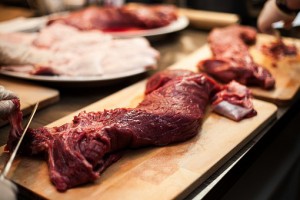 Author and physician Gabor Mate points out that the ceremonial use of a substance is the exact opposite of the addictive use. Whereas the ceremonial use elevates consciousness and connects us to a larger, benevolent universe, the addictive use reinforces isolation and hostility. I think it’s fair to say that our setting-sun society has become addicted to commodified meat consumption. We have no collective consciousness of the welfare of the animal; we expect meat to be available on demand; and the more we eat of it the more we degenerate into lower consciousness and degenerative disease.

As for the ceremonial aspect of meat eating, I personally had a very profound experience of this when I had to butcher, with my own bare hands, two freshly slaughtered goats to make goat curry for 400 people at a regional Community Supported Agriculture conference that I was cooking for. 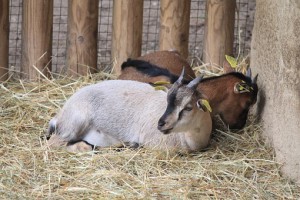 I had personally ordered the slaughter of these animals and so asked the rancher when the harvesting would take place. At slaughter time I performed Sukhavati ceremony for those two goats. The butchering process took me and another chef 6 hours. I stopped only to drink water, pee, and wring out the blood from my cotton apron. This was childbirth in reverse, a powerfully sacred and profound prana exchange between me and those two animals. 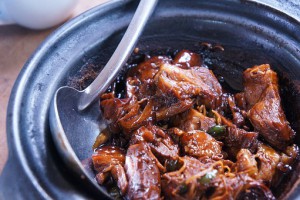 As I broke these two sentient beings down into 1-inch stew chunks, I felt deep in my being the universal truth that death must occur for life to continue. I also recognized viscerally that this act not only shortened my own life but that, at some future point, the karmic wheel would turn such that I would become food for them, and I accepted these as the consequences of my decision. I now know, deep in my being, that having such a connection to the meat we eat can elevate our consciousness and bring about Great Eastern Sun vision of sacredness and appreciation. Conversely, the alienated, inhumane production and consumption of meat can cause society to degrade into setting-sun greed for our own satisfaction at the cost of the welfare of our fellow sentient beings.

(For the record, for those who wonder: Sakyamuni Buddha never told his students to be vegetarian. He advised against procuring food by causing harm. Hence, the Tibetans, who lived in a harsh high-elevation climate with no arable land for growing food plants, developed the “three hands removed” practice of only eating meat after three hands had handled it.)

I don’t believe there’s a “one-size-fits-all” answer to this complex question; for me it helps to understand the historical context of our current predicament, to mix that understanding with my personal experience, and to make the most conscientious and thoughtful decisions I can given what I know.

That, in my opinion, is what it means to be a responsible citizen in an enlightened society. 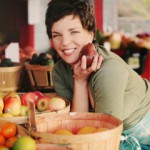 Marcella Friel is a natural foods chef who has cooked and taught in meditation retreat centers throughout North America. She now runs Tapping with Marcella, a food and body image coaching practice that helps health-conscious adults love and forgive themselves, their food, and their figure.

Feeding the Ancestors: Fermented foods and why they matter
August 10, 2016

Cooking Fast, Flavorful and Healthy Meals is Easier than You Think!
February 24, 2015