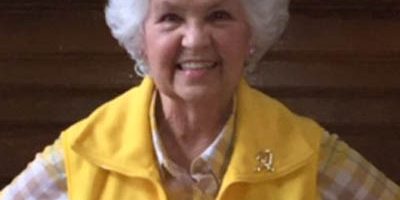 “Falling Into a Field of Daisies…”

In today’s world we live in a rush of moments … often without any realization of joy. On those certain days of Uncertainty, we can find ourselves looking into a reflection and wondering, “Where did I get off the path to being the person I was meant to be? Settling for the person I had become!

This is a true story of one woman’s very different lifepath with challenging expectations. At 38, a disease nearly ended her life. But … it changed her life in ways never thought possible. Personality is a very mysterious and oftentimes misunderstood word. Finding the true meaning of what it really means is just a few thoughts away, but finding those thoughts…can take a lifetime…unless you find yourself in a Field of Daisies!

Andy Murphy, founder of Ever Film Productions, LLC, is a published national author, director and writer concentrating in documentary programs. She spent 25 years in public relations and communications, retiring to pursue her passion for storytelling.

She is the founder of The WriteStuff Writers Conferences and Workshops and has an established literary agency underneath the umbrella of WriteStuff Writers. She is the founder of a new film production company, EVER Films, LLC and has completed her first two documentaries, A Sign of the Cross and One Starry, Starry Night, which she wrote and directed.

Murphy was inducted into the Library of Congress StoryCorps Alumni (June, 2012) after PBS recorded her story documenting her lifelong habit of letter writing and the notable responses she has received.
Murphy is also involved with the national Heartland Film Festival, serving as a Narrative Film Juror and was honored in 2013 with the prestigious Heartland “President’s Award” for her outstanding work and passion.

Murphy is also the mother of Ryan Murphy, creator of Nip/Tuck/GLEE/American Horror Story and multiple films.

Always writing, Murphy is currently working on a personal memoir, a humorous mystery novel, and a new romance novel adventure based on a true story.