Broken but not worthless

You are here:
Worthiness 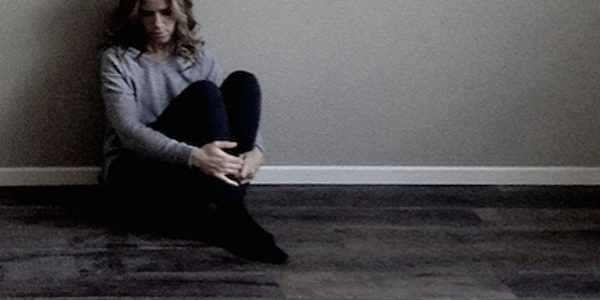 And I was struggling financially.

I was broke. Broke, as in sleeping on the floor next to my kids’ beds, broke. Broke, as in feeding the three of us on food stamps, completely stressed out over how I was going to pay rent, broke. And I was lonely. I was really, really lonely. And bitter, and angry, and confused, and cynical, and miserable, and yes, those are all understatements, too.

When you get like that, when you fall so deep into depression, you become self-consumed, or at least I did. I lived and breathed and ate and drank and made out with self-pity. I didn’t talk about it constantly; I didn’t share my sappy story with everyone I met, but I had developed a secret (or maybe not so secret) affair with it and allowed it to occupy every corner of my being. And I was starting to realize that if I didn’t destroy it, it would destroy me.

And then one day I’d had enough of myself! I was disgusted by how low I had sunk. And it hit me that the only way I’d ever get out of this “poor me” state was to stop focusing on myself and start looking outside this pathetic little life of mine. And the best way to do that, I thought, was to volunteer somewhere. Yes! If I could help others in need, it would distract me from my own neediness. That was the first brilliant thought I had had in a while. It might have been the first brilliant thought I had ever had. (Not an understatement.)

So I picked up the phone and started calling various organizations asking if I could come volunteer. At that time, my daughter was 2 and my hyper little son, barely 4. I couldn’t afford a babysitter, and while my kids were with their dad on the weekends, I was working. So naturally, the kids would have to volunteer with me. But no homeless shelter, hospital, or any other sane organization I called wanted 2- and 4-year-olds “volunteering.” I get it. I’m on their side. We probably would have done more damage than help. After being told, “We’d love to have you but your kids are too young,” over and over again, I gave up. Here I was with my first brilliant thought; I had finally come up with a constructive idea for how to save myself from my stupid self-pity and misery and even that had failed.

Immediately that same old broken record started spinning in my head: I am a complete failure! Every idea and thought I have is useless. I am useless. I have nothing to offer. I don’t know how to do anything well except change diapers and cook a meal. That’s it. That’s all I know how to do. And even my diaper changing skills could probably use some work. So there you have it. The only thing I’m confident about is my cooking. So what? Who cares if I can make my kids a great dinner? Even they’re too young to really appreciate it, and it’s definitely not changing the world, and I’m definitely still a total worthless loser. (Though a total worthless loser who makes great macaroni and cheese from scratch…with pancetta….and caramelized shallots…and not too much butter. Never too much butter.)

Cooking. It’s the only thing I knew I was good at. So if I couldn’t find a place to volunteer, I figured the only other option was to do it in my own apartment.

Brilliant thought number two. (Yup, two in one day. That was a record for me… yet to be broken.) I wrote an e-mail and sent it to all my contacts in the L.A. area. It said something like this:

Starting this coming Wednesday, I will be cooking for anyone who needs a meal. Please think of people you know who are either struggling financially and could use a free dinner, or perhaps a college kid who is sick of cafeteria food, or someone new to town who is lonely and needs to make some friends, or anyone else who would appreciate homemade food and good company. Invite them to my place. I will feed everyone. My door will be wide open starting at 6 pm.

Love you all,
Kristina

I woke up early that Wednesday and went to a place I had become very familiar with – the 99 cent store. By this time, the 99 cent store and I were pretty much best friends. I loved it, trusted it, and it always came through for me. I bought a bunch of bags of pasta, and then I found some fresh vegetables and even some cheese. It’s amazing what you can buy at these dollar stores. After that, I went to the grocery store and spent my food stamps on anything that was on sale and would work well in a big pasta dish. I wasn’t trying to follow a recipe. I was just trying to create the most delicious-tasting meal on no budget for a lot of people. Or no people.

After all, I had no idea if anyone was actually going to show up, or if my friends would even take my e-mail seriously knowing what a pathetic mess I was. That day I cleaned my little apartment and cooked the biggest pot of pasta I’d ever cooked, made some homemade rolls (much cheaper than buying them), instructed my 4-year-old to offer our potential guests a glass of water (the only beverage I was providing and didn’t mind him spilling) and gave my 2-year-old a pile of napkins to hand out to people.

Then 5:30 rolled around, and I got nervous. Really nervous.

What if no one shows up? What if my friends are embarrassed to bring people to my little apartment? What if I just spent this whole day cooking and cleaning for nothing? What if my idea is stupid? What if the one and only thing I feel I have to offer fails? What if? What if? What if? (Two words that are quite lovely on their own, but when you pair them up…what a downer!)

At 6 o’clock sharp, I opened my front door. No one was there. There was a lot of pasta in my kitchen. A lot of pasta and no one at my front door. Within five minutes, three or four people showed up. Then more people showed up. And then even more. By the end of the evening, I had made a second huge batch of pasta, run out of napkins, met a lot of new people, helped a few newbies to town make some friends, and fed approximately thirty people. Thirty people! In my tiny little apartment. On my tiny little budget. With my tiny little kids (who, by the way, proved to be incredible at pouring water and handing out napkins.)

I will never forget shutting that door after my last guest left. I sat on the floor and cried.

I sobbed. I sobbed like a baby, like a broken little girl who just experienced her first glimmer of healing. There was something so powerful, so magical and wonderful, and above all peaceful in the fact that I could feed all those people. I thought I had nothing to give, but when I gave the little that I had, it turned into something so much bigger than I ever could have expected. And that was a new beginning for me. It sounds dramatic, but I got up off that floor a different girl. I don’t remember ever feeling depressed after that day. Sure, I felt sad at times, and angry, but I didn’t feel defeated or desperate. For the first time in a long time, I didn’t feel useless. There was finally hope.

The next day I got e-mails and phone calls from people who had come to my Wednesday Night Dinner. These people were so thankful, so happy. They told me how much they enjoyed my cooking, how it was nice to eat a homemade meal. Some told me how they had just moved to town a few weeks before and how the dinner made them feel less homesick. And it hit me like a ton of bricks – even when I think I have nothing, I still have something to offer.